The Ontario government is closing a specialized mental health treatment program for primarily Black, Indigenous and racialized kids just at the same time mental health issues are sharply rising in the province. The immediate impact of closing this program is an increased risk of suicides and hospitalization – at a time when pressure on hospitals must be reduced.

Children’s Mental Health Ontario is calling on Premier Doug Ford and the Ontario government to keep this program open and transfer the program to the Ministry of Health. Don’t give up on these kids.

Why is Ontario denying healthcare to children and youth in its justice system?

I think by now we all agree that accessing mental health care should be equal to accessing physical health care – no matter where you are. Yet the Ministry of Children, Community and Social Services has closed the only specialized mental health treatment program (Kinark Child and Family Service’s program at Syl Apps Youth Centre) for youth in the justice system struggling with life and death issues of suicidality, dangerous aggression and severe emotional and psychological challenges.

International research suggests that up to 90 per cent of young people involved in the justice system meet criteria for at least one mental health disorder and that the prevalence rate has been increasing. We also know that the youth who end up behind bars in Ontario are often the most vulnerable, with overrepresentation from racialized and marginalized communities.

Youth referred from other justice facilities across the province to Syl Apps had, on average, four mental health diagnoses, and half had attempted suicide. The Syl Apps program continuously operated at near capacity and frequently maintained a wait list. The majority of youth referred were Black, Indigenous and racialized. Now, the estimated one quarter of youth in custody or detention in Ontario’s youth justice system with serious mental illness and addictions issues, and the staff who care for them, will have nowhere to turn to access needed treatment. As mental health challenges rise due to the impact of COVID-19, rates of mental illness of those in youth justice are expected to become even worse.

Why is Ontario waiting and denying, in some cases, life-saving care, to kids just because they are in the youth justice system?

The UN Standard Minimum Rules for the Treatment of Prisoners (the ‘Mandela Rules’) states that prisoners should have access to the same standard of health care that is available in the community and that clinical decisions are to be made by health care professionals. In Canada, the Youth Criminal Justice Act requires provinces to ensure their youth justice facilities make provisions for youths’ special needs.

Two recent reports, the Criminal Justice and Policy Framework by CAMH and the Broken Record by John Howard Society of Ontario, point to the need for increased investment and support for equitable access and needs-based mental health care in the adult provincial system. Ontario’s youth justice system is even worse. The John Howard Society of Ontario recommends the Ministry of Health, through Ontario Health, should assume responsibility for the oversight and system integration of health care in corrections to ensure continuity and equality of care, building on the progress already underway in the corrections ministry. This should also be extended to youth justice.

To make matters worse, further trauma was caused by the way in which the closure of all 26 youth justice facilities was implemented. These kids were removed from being near their families and from the programs and treatment they were receiving with no notice and no plan to continue their care.

Basic rehabilitative supports are not an appropriate response to youth with significant mental illness, and behaviours including suicidality, physical aggression and self-harm. Previous inquests and enquiries tell us how the youth justice system responds in the absence of specialized mental health treatment for these youth – use of harmful segregation, physical restraints and moving youth from one facility to another when they become ‘hard to handle’.  The case of Ashley Smith who was diagnosed with multiple mental illnesses and was in and out of youth justice and then later sent to multiple adult correction facilities where she died by suicide illustrates what happens when young people struggling with mental health issues in youth justice don’t get the right kind of treatment when they need it.

Without treatment and proper supports, it’s a matter of when, not if, one of the Ontario children who are not getting the mental health care they need will take their own life.

Preventing Hospitalizations and Death: Ensuring Youth in the Justice System with Complex Mental Illness Can Access Treatment Matched to their Level of Need

Leadership for Child and Youth Mental Health
As part of the Ontario government’s Moving on Mental Health Strategy, we are proud that Kinark was chosen as the Lead Agency for child and youth mental health in the service areas of York, Durham and Haliburton/Kawartha Lakes/Peterborough. We are committed to supporting child and youth mental health and collaborating with our community partners to strengthen the sector in order to improve outcomes for children and families. 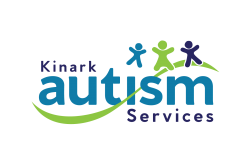 Kinark is now providing a new range of fee-for-service services for children, youth and families that are designed to meet your child’s unique needs and help them be successful. As part of our commitment to working with our clients and their families to help you make decisions about purchasing services that will meet your needs, we are offering free consultations for families.

Research indicates that children and youth with autism spectrum disorder (ASD) have significantly higher rates of mental health issues than kids in the general population. The prevalence of mental health disorders in young people with autism is more than four times higher than in their non-ASD peers.